Our Language policy for foreign students involves the use of English as a working language for teaching and oral communication during the program. International students have the opportunity to learn Spanish for foreigners. The school provides linguistic support to students, whether they use English to attend courses or Serbian as a language for foreigners.

At the Higher School of Communication Serbian language is to be nurtured as the primary language at the School, at the same time as linguistic diversity is encouraged, with English as the main foreign language.

Serbian should be the main language of teaching in first-cycle courses (diploma study) and should be used unless it is necessary to use another language, such as in foreign language courses.

Studies at first-cycle level should teach students to express themselves about their studies in clear, intelligible Serbian in connection with response to subject matter, students should also receive feedback concerning their language usage by giving a stronger position to modules which should improve students’ oral and written proficiency both in Serbian and English.

HSC should be an attractive School for international researchers, teachers and students also outside Serbia.

Teaching in English (and possibly other languages) is a prerequisite for this. The number of courses in which English is used as the language of teaching and the number of registered students should, therefore, increase to encourage mobility and heighten the quality of research and education according to the objectives of the Bologna Process.

In order to facilitate the use of English on higher levels of study, course literature and teaching should, to a certain extent, be in English at first-cycle level, so that comprehension is increased and improved.

At the master’s level, English should be used to a greater extent than at first cycle level in order:

All teaching staff should be prepared to teach in English or at least teach bilingually with visual support in English.

All the School’s researchers and scientists should strive to contribute to an international research environment by publishing in English and other relevant languages and by attending international conferences.

English is the language in which all programs of international mobility and exchange of incoming students, teachers and employees are realized. To use the English language during the exchange program, the rules in the Document and Language Policy that you can download here.

Since 2018 the Center of foreign languages has been hosting foreign trainees holding an Erasmus work placement grant with the task of teaching foreign languages courses to HSC students who are going abroad within a mobility programme. This way every Spring three months courses of Spanish, German, French, Norway, Russian and Italian are offered in order to prepare participants for mobility.

In addition to this courses students are allowed to use the self-study facilities (media library and language lab) available in the language centre.

The Higher School of Communication  organizes Serbian courses for foreigners three times a year. The I session course is intensive, the II and III session courses are extensive.

Serbian courses are mainly addressed to Erasmus students, exchange scholarship students and students enrolled at Higher School of Communication, but also to anyone who is interested in learning Serbian.

In addition to this course all foreign students studying at Higher School of Communication  are allowed to use the self-study facilities (media library and language lab) available in the language centre.

The person in charge of all issues related to language policy is profesor Dr Borivoje Baltezarević, who will contact you in case of any need at borivoje.baltezarevic@viskom.ac.rs

In some Balkan countries, national languages are used that are from the same language family – Old Slavic languages. Apart from these differences, these languages are almost exactly the same and understandable to all the people and academics who live here.

Serbian – the official language in Serbia.

Croatian – the official language in Croatia.

Bosnian – one of the official languages in Bosnia and Herzegovina and

Montenegrin – the official language in Montenegro.

HSC accepts and uses all these languages. 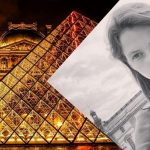 Why study with us 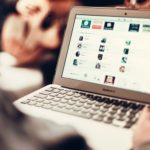 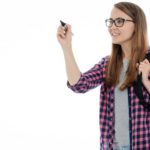 Key benefits at our School

The Higher School of Communications is the higher education institution of academic and master studies, specializing in programs of culture, media and communication.

We are accredited institution for higher education. We have the ECHE Charter of the European Union.

Why study with us

High School of Communications is…

Key benefits at our School

Studying with us brings several…

Enrollment in four-year academic and…

The European Commission has awarded the Erasmus Charter for Higher Educationa (ECHE) for Higher School Communication, which is awarded to higher education institutions under the…